Giovanni Antonio Canal (Venice, Republic of Venice, October 28, 1697 – April 19, 1768, Venice), better known as Canaletto, was a Venetian artist famous for his landscapes, or vedute, of Venice. He was also an important printmaker in etching.

He was a son of the painter Bernardo Canal, hence his mononym Canaletto ("little Canal"). His nephew and pupil Bernardo Bellotto was also an accomplished landscape painter, with a similar painting style, and sometimes used the name "Canaletto" to advance his own career, particularly in countries—Germany and Poland—where his uncle was not active.

The Entrance to the Grand Canal, Venice, c.1730 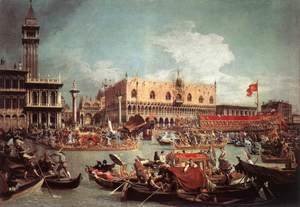 Return of the Bucintoro on Ascension Day 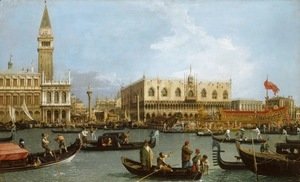 The Basin of San Marco on Ascension Day 1732 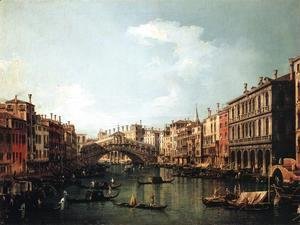 Rialto Bridge from the South 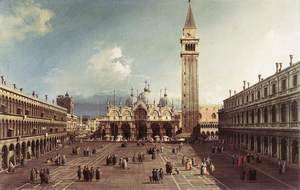 Piazza San Marco With The Basilica 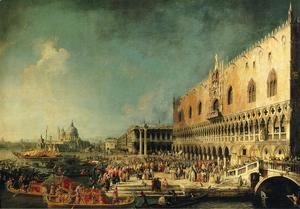 Arrival of the French Ambassador in Venice 1740s 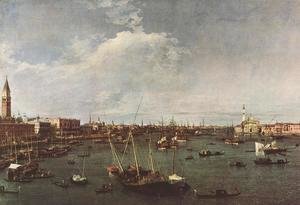 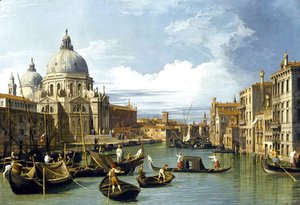 The Grand Canal And The Church Of The Salute